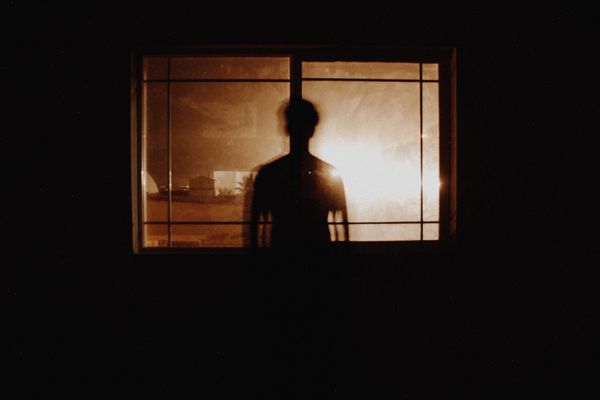 Psychopaths Have Different Brains, here's how.

What if I told you that 1 in 100 people in the general population are psychopaths? They sit next to you on the bus, run the companies you rely on and even perform neurosurgery at your time of need. If these psychopaths surround us, I want to understand why all of them don't turn into raging murderers, and find out whether their brains are wired differently from the rest of us.

What is a Psychopath?

Psychopathy isn't a diagnosis, it's a set of traits. These include a lack of emotional depth and empathy; impulsivity, grandiose sense of self-worth, superficial charm and pathological lying. The Hare Checklist (PCL-R) is a set of 20 characteristics exhibited by psychopaths and is used by psychiatrists to identify psychopathy. I've been running on the assumption that I'm not a psychopath, the Hare Checklist has left me pretty confident that I'm not...phew.

My interpretation of these characteristics is that each of them exist on a spectrum. Turn all of them up to 1000, and you've got yourself Ted Bundy. We don't want that. However, having some mild psychopathic tendencies may allow you to thrive in modern life. Superficial charm and persuasiveness lend themselves well to sales. Lack of emotional depth may allow you to minimise anxiety, allowing you to try new things that you wouldn't otherwise do. A self-proclaimed psychopathic neurosurgeon said this:

“The most important thing when you’re conducting a dangerous operation, a risky operation, is you’ve got to be very cool under pressure, you’ve got to be focused. You can’t have too much empathy for the person that you’re operating on, because you wouldn’t be able to conduct that operation.”

The Hare checklist may potentially hold the answer to why all psychopaths don't turn into murderers. Take an individual who scores very highly for lack of remorse, short-temper, impulsivity and irresponsible behaviour...that's a pretty bad recipe. However, scoring for lack of empathy, superficial charm and grandiose sense of self worth could lead to success in business. I’m not trying to glorify psychopathy here, far from it. What I am trying to do is to show that all psychopaths aren’t sitting in a prison cell following a murderous spree.

To understand empathy, we need to understand how emotion is governed in the brain. The limbic system has this responsibility, but we're not going into all parts of that. Let's focus on the amygdala. The amygdala sits centrally in the brain. Its role is to evaluate everything we experience and bookmark any potential threats or rewards. Take a cliff, for example. The amygdala sees it as a falling off place, and makes sure we're hyper-aware of that danger. It stimulates the hypothalamus to release cortisol and adrenaline, activating the 'fight or flight' response. In this context, flight is probably the logical option.

One clever way to be aware of danger is to notice when others are scared, because there must be a reason. The amygdala uses our sight to evaluate the emotions of those around us; our attempt to read what those around us are thinking.

This threat detection system is dysfunctional in psychopaths. They don't notice the emotions of others like we do. Imaging of the brain (fMRI) showed lower levels of amygdala activation when the subjects were shown 'moral violations and fearful faces'. I tried to find what precisely they meant by 'moral violations' but couldn't! They also showed that as subjects scored higher on the Hare Checklist, their amygdala activation decreased. So the part of your brain that activates when you're scared and notices when others are scared isn't working, and as you become more psychopathic, it works less and less.

Psychopaths have a warped view of themselves. A view that places them above the 'rest of them', a view that allows them to justify their callous actions. This warping is grounded in memory.

Episodic memory is where all of our experiences and encounters are stored. I always find it hilarious when people re-tell stories; the recollections never quite match the event. You could blame this on the person consciously elaborating, or maybe the situation actually looked like that from their perspective. Either way, the story doesn't match.

As it happens, psychopaths have impairments in the parts of the brain responsible for episodic memory and self-referential experiences. This brings us a third reason why their stories may not match—their brains changed the story to make them the hero.

The way these studies are carried out leaves the potential for bias. They take large groups of psychopaths, scan them, then report the findings. In normal studies, 64% of scans are usually labelled 'nothing to see here'; whereas in these psychopath studies, only 9% of the scans were labelled this. Apophenia is one of my favourite words, it's 'the tendency to perceive meaningful connections between unrelated things'. This study thinks that may be the case here.

Does it differ from mine?

Psychopaths make up 1% of the population, so the first hurdle was to work out whether I am one; the Hare Checklist left me content that I'm not. Next, scour the research. The Psychopath Magnetized gave me great insight into how a dysfunctional amygdala could lead to a lack of empathy, and how the paralimbic structures associated with memory could lead to a deep love for the person in the mirror. However, this research is far from bulletproof. There's likely to be some bias in these studies, but that doesn't discount the trends we've seen here. It just means there's more to find!