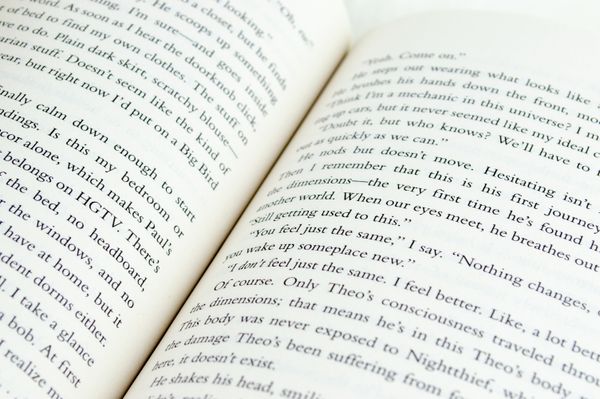 Why You Should Read More Fiction

The modern world constantly bombards us with polarised perspectives. A world where we judge first and think later. Where the headline matters but the reasons behind the actions don’t. Fiction is the opposite. We read and understand the background of a character before we see their actions. Their education, experiences and aspirations help you to understand why. We learn to empathise.

Reading as a Simulation

When we kick a ball, run to get some chocolate or pick up our coffee cup, the electrical signals of the brain are following our commands. My left hemisphere is telling my arm to lift this cup and stopping me from spilling it all over myself. There are different areas of the brain allocated to different tasks. This part controls movement, this part is heavily involved in speech, you get the picture.

A group of scientists put 9 people into MRI scanners and had them read Harry Potter and the Philosophers Stone. Specifically, Harry’s first flying lesson. What they found was actually really cool. When you’re reading about Harry flying his broom, the part of the brain that perceives other people’s motion lights up. Similarly, when the characters are interacting, the brain region that analyses other people’s intentions lit up. From this, the scientists could predict what part of the book the people were reading, purely based on the MRI images they could see.

You may be asking—why does this matter Jack? Fair question. This resonated with me because it’s visualising the benefits of fiction. It’s showing that our brains are acting in the same way as we read an action, as it would if we did that action. We’re creating our own internal simulation. In the self-help world, we think that the only way to gain value from a book is through the quick lessons they can teach us. Tell me the lesson, then I move on. This represents tangible benefits through reading fiction. Training a skill that we can often neglect—empathy.

As we saw earlier, we are quite literally putting ourselves in the shoes of the character, and images of our brains prove that. Books allow us to really get to know a character. To understand how they think, how they feel, and how that dictates their actions. An article on ‘why fiction is good for you says this:

“...one study showed that small children (age 4-6) who were exposed to a large number of children’s books and films had a significantly stronger ability to read the mental and emotional states of other people… the more absorbed subjects were in the story, the more empathy they felt, and the more empathy they felt, the more likely the subjects were to help when the experimenter “accidentally” dropped a handful of pens… Reading narrative fiction allows one to learn about our social world and as a result fosters empathic growth and prosocial behaviour.”

— Why fiction is good for you

Through fiction, we’re able to understand why people act differently from ourselves. Rather than judging them from afar without understanding the context.

I’ve emphasised reading in this video, but I’m sure many of you are thinking that we can get all of these narrative benefits from TV. You’re right.

Books build a world that's very open to interpretation. You’ll imagine Dorian Gray looking very different to I do. Reading is my way of re-engaging my imagination; my way of stepping away from the imagination deprivation that comes with technology.

Stories are everywhere and the stories we read or watch determine how we think. We need to choose them carefully because just as a brilliant story can increase our empathy, a bad one can do the opposite.