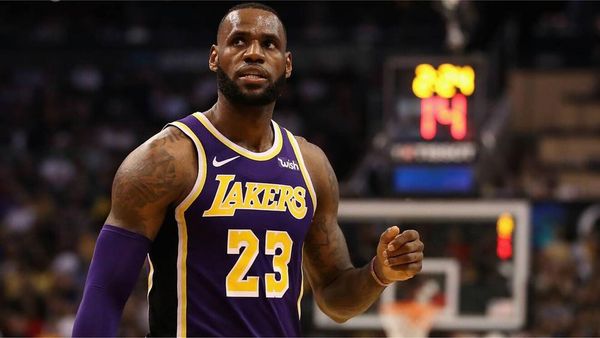 You Need to Sleep Like Lebron James, here's why.

Lebron James and Stephen Curry are two of the best basketball players, however, they play the game of basketball very differently. Lebron capitalises on his physical presence, while Steph can score from (almost) anywhere on the court. While they differ in many ways, their priorities are aligned in one aspect: sleep.

Both athletes sleep around 8-9 hours per night, supplementing this with a 2-3 hour nap during the day. This helps their bodies to peak during their evening games. I want to find out how sleep could be improving their performance. Should we all be prioritising sleep to enhance our athletic performance? Let's find out.

Effect of sleep on performance

A 2011 study on the Stanford basketball team compared athlete performance after 6 hours of sleep, with 10 hours of sleep. After 10 hours, their half-court and full-court sprints were faster and they shot the ball with 9% more accuracy. The athletes reported better overall performance during both practice and games. Now, these improvements are far from trivial. At the highest level, 9% more accuracy could be the difference between hitting that game winner, or missing.

That’s left me wanting more, how is this working?

...a night of sleep results in a 20% increase in motor speed without loss of accuracy, while an equivalent period of time during wake provides no significant benefit.

Another study used brain imaging to see the effects of sleep on training. After sleep, the subjects showed activation in different areas of the brain, changes supportive of “faster motor output and more precise mapping” of the movements. Brain activity decreased in other areas, reflecting a reduced need for monitoring the space around them, and decreased emotional task burden.

When we first learn a skill, it takes a lot of brain power. We are consciously processing every movement. For a basketball shot, we're focused on bending the knees to generate power, grasping the ball in the right way, and extending the arms to hit the shot with perfect accuracy. That's a lot to process. Over time, as we master the skill there's a shift from conscious to subconscious processing. We've prioritised the essential inputs, and these then become 'second nature'. Sleep aids in this mapping, speeding up the transition into subconscious processing.

When we exercise, we create microtears in our muscles. You can thank those tears for that horrible feeling walking up stairs after leg day. These small tears are then repaired, but the body recognises that these muscles need to be stronger for future use. You therefore rebuild them bigger and stronger, to adapt to the environment.

During sleep, growth hormone (fundamental for muscle growth and regeneration) is released and protein synthesis is increased. This could potentially cause accelerated rates of healing, and recovery. During sleep deprivation, although some athletes could maintain maximal physical efforts, most had reduced muscle endurance. They suggested that sleep loss could be impacting the body's recovery processes, e.g. through increases in stress hormone cortisol.

When you're playing a sport, you have to make quick decisions. If you make the wrong decision, you can't get too hung up on it. You have to play on. This study found that sleep loss significantly impacts mood stability, stating that they:

"...have found detriments to most aspects of cognitive function (i.e. RT) and mood stability, results that potentially could hinder the neurocognitive components of many sports."

Becoming a world-class athlete is far from simple. It relies on training, nutrition, mindset, genetic traits, and many more factors. Sleep is a factor that's often neglected, but that is essential for both physiological and psychological health. Rather than training an extra two hours, get an extra two hours of sleep. Your mind and body will thank you.